A good night’s sleep can be beneficial to both the mind and the body. But what determines how much sleep we require, and what causes us to sleep more deeply? 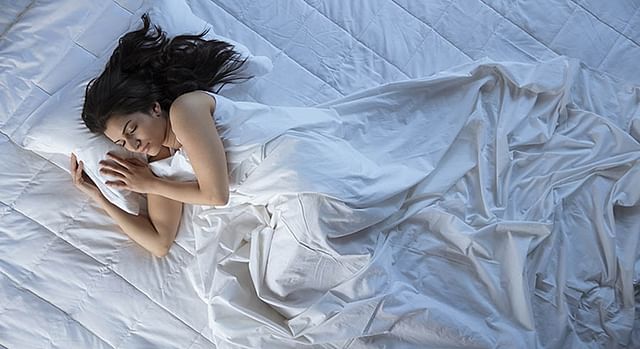 Researchers from the University of Tsukuba have discovered a signalling pathway within brain cells that controls the length and depth of sleep in a new study.

“We examined genetic mutations in mice and how these affect their patterns of sleep,” says senior author of the study, professor Hiromasa Funato.

“We identified a mutation that led to the mice sleeping much longer and more deeply than usual.”

Previous studies on HDAC4 have shown that it is greatly affected by the attachment of phosphate molecules in a process known as phosphorylation.

When this occurs, HDAC4 tends to move away from the cell nucleus, and the suppression of certain proteins is reduced. The researchers were interested in whether this phosphorylation of HDAC4 would affect sleep.

“We previously found that this protein has strong effects on sleep.”

In contrast, when the mice had a more active version of SIK3, which increased the phosphorylation of HDAC4, they slept a lot more.

They also identified a further protein, LKB1, which phosphorylates SIK3, and has similar sleep-suppressing effects when deficient.

“Our findings indicate that there is a signaling pathway within brain cells from LKB1 to SIK3 and then to HDAC4,” says study co-senior author, professor Masashi Yanagisawa.

“This pathway leads to the phosphorylation of HDAC4, which promotes sleep, most probably because it affects the expression of sleep-promoting genes.”

Secrets behind a good night’s sleep
Collected
The team carried out further experiments to identify the brain cells in which these pathways regulate sleep.

This involved altering the amounts of SIK3 and HDAC4 in different cell types and brain regions.

For both brain regions, the excitatory neurons, which can activate other neurons, were identified as playing a key role.

These results provide an important insight into how sleep is regulated, which could potentially lead to a greater understanding of sleep disorders as well as the development of new treatments.